The witty and intriguing I, Humpty by Eric C. Wilder 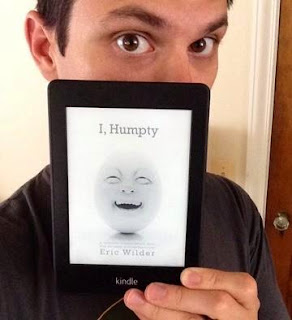 I, Humpty is a collection of mock tabloid style short stories, mixing classic children’s fairy tales with modern day life. I Humpty flows easily and is fun to read, starting and ending with the story of Humpty himself.

Through the pages we visit the quirky world of many of the charming fairy tale characters that we all grew up with, discovering the dark truth behind our old time favourites with just the right fusion of adult humour bringing the works to life and providing you with endless belly crunching laughs.

Uncover the reality behind the Hansel and Gretel scandal, be a fly on the wall of some of ‘Fairy Tale Lands’ most prestigious marriages and will we even discover what part of Pinocchio’s body grows when he tells a lie...

Treat yourselves to a copy of  I,Humpty

As it is my friend Eric Wilder is not only a fantastic author, but he has many projects under his belt, so it is with my great pleasure that I introduce to you this great guy.

So Eric let’s get to know you, tell us about Mr Wilder.

Well, I could tell you that I’m an author, a designer, or a blogger. What I should say is that I spend the majority of my time responding to the whims of my adorable children. You can follow my exploits at the following social media sites:

In Mr. Wilder’s words tell us about I Humpty.

I, Humpty is a collection of mock-tabloid satire marrying the reality of everyday life with popular elements from fairytales, folklore, and nursery rhymes. Rejoice with the Beast as Belle grants him permission to convert the den into a man-cave. Learn why the third little pig grows weary of his live-in brothers. Follow the courtroom drama of Rumpelstiltskin’s indictment in the Straw-To-Gold Scandal. I, Humpty covers all of these stories and more.

Have you always had a passion for mixing up fairy tales with modern day life?

For the last couple of years I’ve run a fake news site called the Grimm Report, from which all the articles within I, Humpty were selected. There were many reasons why I created it. Much of which was fueled by my time spent working at home while raising my two children. There is a great immersion in fairytale and nursery rhyme with this scenario, and great longing for more mature subject matter as consequence. Somewhere along the line, those two items merged in my brain, and I started spewing it out onto the Internet.

Is I, Humpty your first published book?

What are you currently working on?

After spending over a year writing fake news reports I’m trying my hand at writing a mock biography. I love satire. I’d like to take the writing style that I developed with I, Humpty and really blow it out.

What is your writing routine? (do you listen to music, eat sweets, drink coffee?)

Lot’s of coffee. I write down what I can when I can. I have to watch a two-year-old the majority of my time, so I have to pick and choose my moments. I’ll grab whatever scrap of paper I can find when I think of something to write down or I’ll forget it. Sometimes I’ll dictate ideas into my phone. When I can, I’ll compile the jumbled mess and hope for the best. Usually that’s sometime after 9 pm. 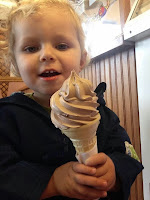 What is the next book on your reading list and what are you currently reading?

Currently I’m reading Becoming Josephine by Heather Webb. I read a little bit of everything, but a lot of memoirs and historical fiction. The style of I, Humpty, and my next project, combine fantasy with a news-based narrative. It takes a great deal of influence to develop that. I could be reading a science fiction one day, and a senator’s battle against the mortgage crisis the next. Follow that with a movie star memoir. It’s a pretty broad range, but it keeps the ideas flowing for what I want to create. 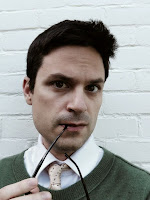 Hmmmm... (you hear the cogs turning)

The dish that you would supply to the fantasy dinner party?

As always Eric or Grimmy as I like to call you, you have been amazing and such great fun. I really can't thank you enough for giving up some of your precious time to join me on my blog it really means a lot. 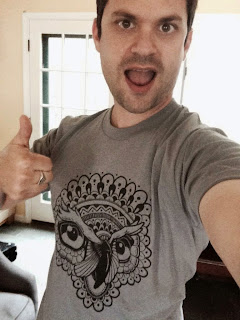