Why fairytales and mushy films/books are bad for your love life.


Doesn’t every little girl dream about finding her Prince?

Growing up fairytales are forced down our throat at every given opportunity. Mother’s read them to their little princess before lights out, Disney films are played almost on loop.

As a teen we move onto chick flicks and sit watching willing the lead rolls together despite their obvious miss match and as a lady we are introduced to the modern day Prince charming with a dark side but still strangely perfect and desirable Mr. Grey.


We then spend a life time looking for love, that one special person but do we ever really find him?


The vast majority of relationships start with a wonderful honeymoon period where you’re desperate to spend every available moment in each other’s company. Every gentle touch setting off a trillion little explosions throughout your body and every little glance in your direction makes you feel like the only girl in the world. Time feels like it’s going backwards when your apart. You sit staring at your phone willing it to ring, your heart racing in anticipation at just hearing his voice, you’re addicted… you’re in love… possibly for the first time ever. This person is the one, nobody has ever made you feel so alive before… 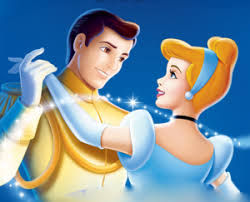 And then you get comfortable and suddenly everything changes and you find yourself so disappointed by what’s on offer. You realize that men appear to have a brain and for some reason unknown to us women they are not following the rules of the great love story’s that we have grown up believing in. Instead they are dancing to a whole different tune. Your man actually starts to seem like an alien creature and suddenly your prince charming has changed into a PlayStation playing, football loving, farting, beer swilling lads lad that even has the audacity to put his needs before yours.

You’re left wondering what went wrong? Why isn’t he following the rules? Why isn’t he charging along on a white steed wheeling his sward to save you from that tracksuit clad chav that just offered you half a cider?


You become a women obsessed and you find yourself on a mission to save him from the evil spell that a dark witch has so obviously put on him (just like in a fairytale) you notice he changes around his friends perhaps one of them is in fact the villain in disguise, you become suspicious of this sneaky villain that is clearly intent on spoiling your happiness. Your man starts hiding his phone (more likely you just didn’t notice that he kept it in his back pocket before but still)A jealous women works with the stealth of a SAS agent and tracks down that phone and reads his texts (whilst he is showering most likely) but when the secrets of his sudden personality changes are not reveled then mission social network must begin(I will keep the details of what that entails a secret) then when your jealousy becomes unbearable he dumps you…that isn’t covered in the fairytales but it is in the chic flicks. You’re utterly heartbroken and cannot understand what went so wrong you blame everybody but yourself and drown in your own sorrow ensuring that copious amounts of alcohol and ice cream is consumed followed by an epic man hating discussion with equally scorned friends before embarking on a new mission to win him back because the gal always ends up with Mr. Perfect… right?

Wrong. But unfortunately due to such childhood brainwashing more women than not find themselves pressing the self-destruct button on the relationship front and losing the man once the chivalry turns to chavery I fully blame the fairytales, chick flicks and chick lit for setting unrealistic standards in love, and us women need to realize that Mr. Book/Film Perfect only exists in fiction and what we need to do is look for and live with what’s on offer…Right? Should we just accept and make do?


I don’t know the answer but such films and books helped me write “Loved and Lost” so I’m not complaining really lol.